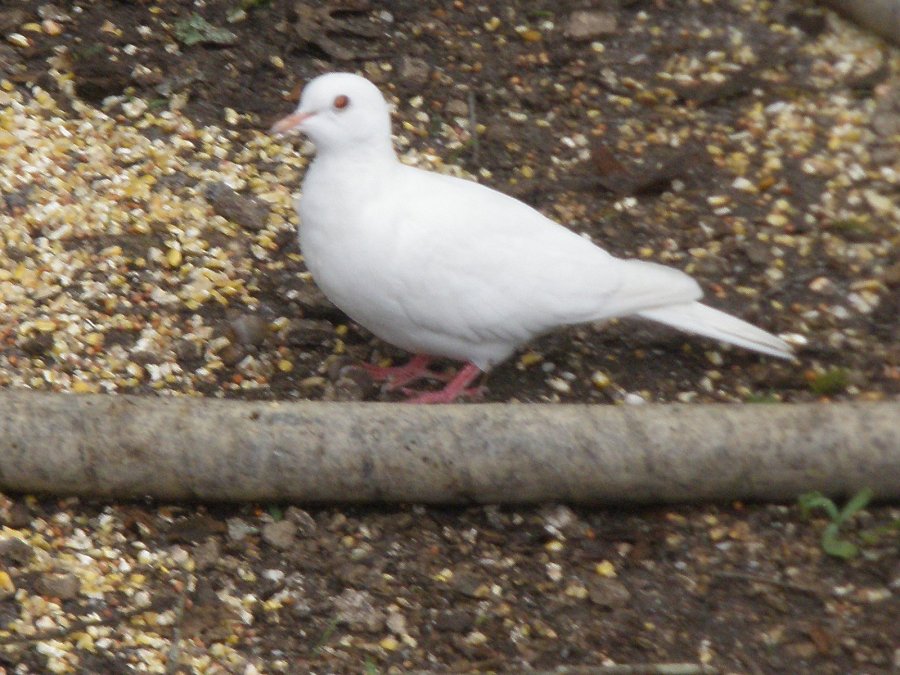 A while back this dove flew in here and spent a few weeks sharing the chicken feed on the ground. I'd never seen a white dove before.  It's forty miles to the nearest town of any size, fifteen miles to a village big enough to have a gas station/convenience store.  So I didn't figure it was a pet. But when I approached it on the ground it didn't fly.  At first I thought it was injured or sick. 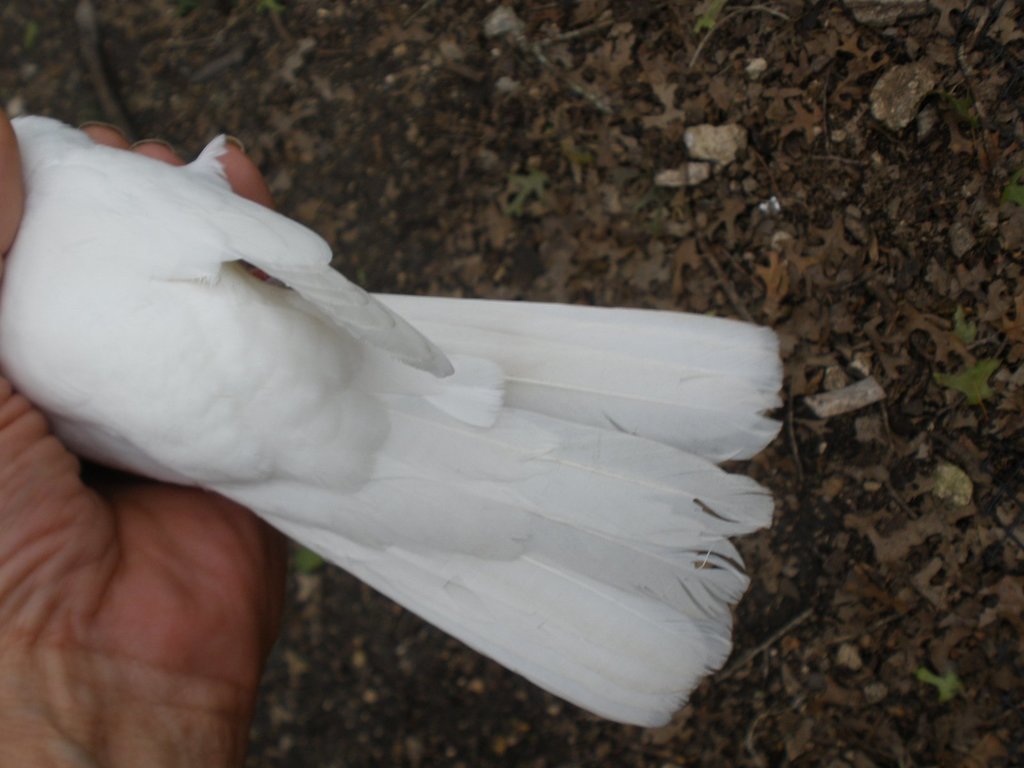 It had no fear at all.  Nothing seemed to be wrong with it. A week or two after these pictures were taken it began spending more time higher in the trees and less on the ground.  Then it evidently just decided to move on to whatever was waiting for it somewhere else.

A free spirit.  Sort of reminded me of the Rainbow folk I've shared campsites with in remote places and occasionally picked up as hitch hikers.  Didn't have much in common with the wild doves around here and nothing at all with birds somewhere else in houses with cages.  Marching to her own drum, not letting anything get into the way of doing it.  But not living in fear.

This is an albino dove, as can be noted by red irises.  It is a local dove, probably; a genetic fluke.  Why s/he acted that way I have no idea.  Albinos are a weaker strain of any species; but that doesn't account.   Sure seemed tame.

I don't want to survive...I want to thrive while.I'm alive.

i am lost. ..You can ca!l me coconut\coco for short. I need to give back to community. 4xcancer & NF SURVIVOR. IN NORTHERN CA, wine country area.   See More
Sunday
0 Comments 0 Likes

Participate at the live Yoga lesson Intermediate class in english with Kaivalya and support us with a subscription / like / comment and a donation. You are w...
Jun 30
0 Comments 0 Likes