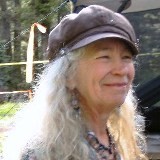 HOWDY FOLKS!Welcome Home to a 2015 regional gathering, in the White Mountains National Forest, near Berlin, New HampshireAug 21-30All peaceful beings are invited to this spiritual gathering. It is…Continue

THE RAINBOW TRIBE HAS HONORED NATIVES' WISHES SINCE 1973

This is a cut & paste from facebook 2015 Annual Rainbow Gathering page, where this controversy has raged for weeks now: from Phillip Halfhill Hanson:I've held back enough on this issue. But it's…Continue

These are Rainbow RAPS memes, designed to teach and celebrate Rainbow Ways both online and at Gatherings, by inspiring Rainbows to  bring RAP Boards to Gatherings.

When you go to gatherings, do you see soap bubbles in the streams?    Dogs running in packs without visible owners?   Violence or threats?  Alcohol parties inside the gathering (but outside of A…Continue

Cat Riversong liked little wing's discussion These are Rainbow RAPS memes, designed to teach and celebrate Rainbow Ways both online and at Gatherings, by inspiring Rainbows to bring RAP Boards to Gatherings.
Jan 14, 2021

Mary Billups liked little wing's discussion These are Rainbow RAPS memes, designed to teach and celebrate Rainbow Ways both online and at Gatherings, by inspiring Rainbows to bring RAP Boards to Gatherings.
Sep 11, 2019

My beautiful family includes my husband, Zen Coyote, Chris his son; and in AZ, my 2 grown 'kids' now in their 40's! and 2 grandbabies. It has taken me this long (months!) to gather pics of us and property to share. Am usually anonymous type person on internet; no facebook or myspace pages. But happy to share my life with YOU, my phamily also.

Location
i am a desert rat returned to my habitat from a long stay on the eastern coast!

HAPPY VALENTINE'S DAY TO ALL MY FAMILY! 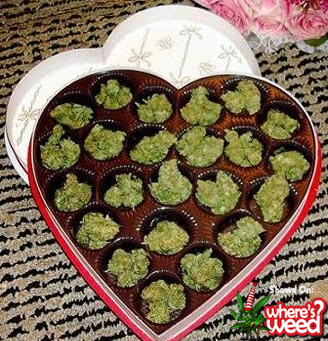 Thanks for your great mojo!  Carried us thru the storm....

The eye passed thru or close to here; center was about 17 miles east of us; but we slept thru it.  All the firewood we talked about cutting for winter heat Irene just magically took to the ground (including 2 60' tall poplars that fell away from the house).  Well, Zen points out some large branch damage to an oak we'll have to get up into and cut.  That's the most tree damage we've seen in 11 years from this 100+ tree homestead.  Our sweet pond is full.  We dug it as a permacultural method of dealing with lowlying property that floods with heavy rains.  So it is doing its job.  The pond has been bone dry since Spring; and struggling since last fall.   Now it is full; and there is standing water only in ditches; and they are running.  We usually have a few inches of standing water on the swamp side of the land; there is no standing water.  Post hurricane, the weather here is usually very hot and muggy; it may be hot this afternoon (isn't yet); but the humidity is lower than usual!  The last half of the storm was more wind than water; it dried out the top of the ground.
We were without power for about 18 hours maybe; Morehead City, 3 miles to east of us,  still doesn't have power; but we do.  We think maybe the electric company starts at the main station and works outwards.  We live close to the station.  We used deep cell batteries and an inverter; and a battery charger we can recharge with the cars.  It is not enough for air conditioning; but but our long front porch shielded the door, which we were able to leave open after the storm (not usually the case), so we were cool.  The batteries powered lights, TV, computers, radio.  We were offline; but have discovered since that was because we didn't power the modem....duh!   Satellite TV worked flawlessly thru heavy hurricane clouds!  So we watched the storm all the way thru.  We were never without water; (we were ready if it shut down).   So in short, we are fine; no disasters here.  We are now officially ready for the season.
Birds are rebuilding nests today; and a squirrel whose nest came down... and is acting a little shocky today.  Two doves spent the last half of the storm hunkered down on a fallen branch on the ground, sheltered under a huge cedar.  They looked poofed out and stoic.  Gone now, I'm sure they are sleeping in the sun on a highwire somewhere.

Hippie homes are for love and healing; that's what I want to get and give here.

To address your question, Mikal H, by 'there is no one belief system' I simply meant there are many belief systems as valid as mine or yours. I don't think, personally, that Truth even is black and white; good or bad. I believe passionately in much of mine, I recognize that others believe passionately in theirs too. Actually, I figure I'm wrong about an unknown percentage of what I believe. That helps me take myself a little lighter; and live happier in the great I Don't Know. I'm in crowded company there, as I do believe Humans don't know far more than we do know. That's a strong spiritual tenet for me; and I need it to balance out that know-it-all in me.

Being a Rainbow has less to do with political/spiritual belief systems... in some ways, it is all inclusive in these realms...and more to do with how we treat each other and how to treat the land. We aren't a small organized group of people who share an agreed upon list of politics. The politic we do follow is about learning how to get things done together without creating 'bad blood' between us. Consensus has worked for us quite a bit. No one 'doesn't belong here'. Like a gathering, people come attracted to enough parts of hippiedom to claim it. Those who claim it; those who are there, are Rainbows. The big requirement, I always thought, was to have a bellybutton. I have met a couple of people, however, who lost their bellybuttons in surgery. Being Rainbow, that horrified me. Didn't seem to bother them though; and I wouldn't deny Rainbow status to them if they claimed it!

Love to you All, Sisters and Brothers!
lw

I can't believe John would have been 70 yrs old! In the 60's, the generation gap was so slim that even my blood brother, 2 years older than me, lie on the other side of it. And so we remain to this day. I'm 62; my brother 64... John Lennon, 70. But John lie on the same side of the gap as I. As a matter of fact, he drew me there! He gave me a great gift of heart opening to the possibility of imagining a brotherhood of wo/man. I imagined all the things he suggested, from revolution of spirit to no religion. It was all good. So I celebrate John's 70th with great love and gratitude. He helped pull us into the Age of Aquarius; and we are the few in the world still consciously on that path. HAPPY BIRTHDAY, JOHN!! 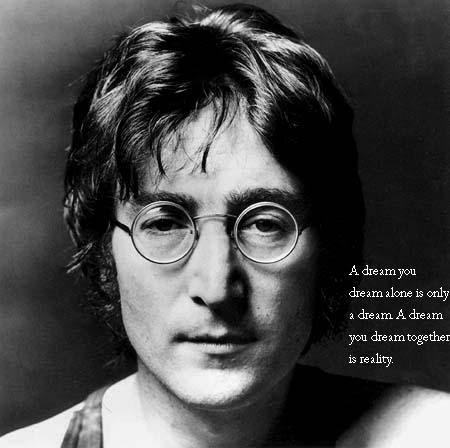 I try to recover from my many Heart attacks from the last 4 Weeks to gain power back. Tonight was the first night I could sleep trough out and had no nightmare who wake me up and resulted in a other attack. So therefore till now (Here it is 17:05) I had a "good" day so far.
We wish you a Gathering with the Love of the Family around you and from around the globe.
Sending you our <3 Love and Light <3 Harry & Gie <3

Dear sister
Yes we make it trough our process of healing's. There are many scares outside and inside to heal.
At least we are alive and can work on it.
I know there is no coinsident and we just fullfile our purpose...

May you remember / fee; some of our Incarnation we worked together ! ???

Thanks so much for your warm words of love and feelings.

Would love to meet you out there or on a gathering. Can you send me a Google-map link or screenshot so I can see where this place actually is (USA are not small so I not know it). Who knows maybe we can make a bend in our rout and see you ;-) .I lived before in Thailand north-east = ESAN where the dry-season is very warm... sometime 45  and more Celsius... now here in the Philippines it is not so hot (Only 30 - 35 C) but very high humidity ... phhhuuuu

Wait a minute.  You're in Tucson.  My bad.  Hopefully we can see each other soon.  Sorry, I thought you were in Colorado.  peace

Thank you so much for accepting my invitation.  We're in Bailey, CO until right after Halloween.  Then we're in Tucson until May.  If we don't get together this season, for sure next.  You sound like a great person. peace

Seth said…
Howdy Sister,Thank you for the far out picture! Here in the country the night skies are often great for stargazing but seldom as clear as Arizona. The biggest thing I've learned from looking skyward at night is the smallness of myself. I'm humbled by the vast immensity of the cosmos and I sincerely hope any arrogance that may arise within me is immediately dissipated by a simple glance upward in the evening.

Thanks for checking out my website! Lovin you! Keep in touch, sister.

DJ earl said…
Thank you little wing thank you for the information and for being so kind.

Donald J Onken commented on Donald J Onken's group Guerrilla Gardening and Urban Foraging
"From This to ... This and..."
Nov 14, 2022