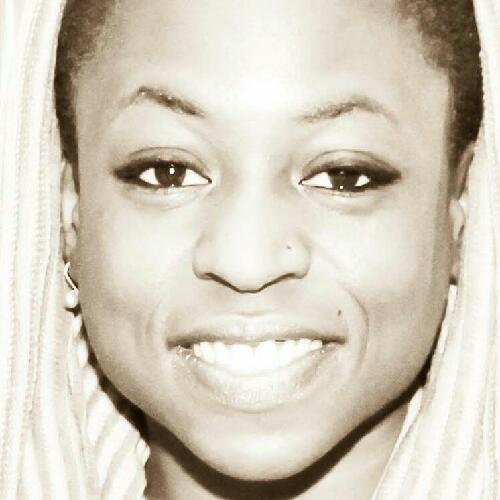 I was wondering what is going on in Shawnee with the shutdown, and will there be places for winter?

I have spent the last two years of my life searching and searching for peace. Finally I came to the realization that in order to have peace. I must forgive myself and accept myself and others for who…Continue

Sparro Kennedy has not received any gifts yet

About Me:
I am an artist. I like to dance. I want an opportunity to live.

The object of anything is to succeed.
...so sometime that means patiently failing while practicing for success.

If you think about it, it will happen...but only if you do something about it.

Change is a Choice

I am an artist . I believe in creating social alternatives to mainstream ideas. I believe that in order to ensure the survival of life and culture, then one must make the decision to do things differently.

My biggest fear, is not being able to do for myself and my community because of lack of resources, and inability to adequately communicate those needs. I see family making gofundme pages for $50 or $100, and I know that they actually will buy seeds, and that they will…

can I come and see your creation ? bravo young sparro bravo...    I know theres singing in heaven about you .

you have mail that was sent here by Karon Williams, i will send it on if you say where.  hope you are well and joyful.  I am doing very well, love you.

You are welcome!!! As all rainbow warriors are.

i've been thinking about the Rainbows; OCCUPIED, idea.  If i understand this is a way of helping Rainbow hippies transition to full on Rainbow Warriors with the rez in ct. as a training ground?  the following is some things i've been writing.

Rainbows; occupied (Rainbows preparing for Peace-path revolution since 1972)  Isn't it time Rainbow Family join Rainbow Tribe: to describe:  All Indigenous alive, the presence of all or any Aboriginal is due resistance to Babylon  System for 5,000 years, indignatos and landless peasants movements, Arab Spring Summer Winter and Spring again and yes, Occupy were all prophesied.  Don't stand aside as earth dies due theft which comes with Property and Lies.  Which should come as no surprise no one would buy it otherwise.  Not for Bliss Ninnies.  Rainbows: occupied Rejecting the image of blissed out lazy Hippies, with Blissed out adept, alacritous, autonomous Peace-path revolutionaries Rainbow Warriors; Rainbow Tribe indeed!  Not for bliss ninnies.

Doing good for the bliss of it

Look where the land lie...  When the sea rise; to late to fly.

When the timber is tinder dry, time to say bye,

Where hence to flee?

There is one place nearly surrounded by what we all need,

By now you must guess, to the land of Michigan you must go,

if your line is to grow.

Free Detroit in a fortnight

any and all who come squat the joint.

To reappoint the city as

That would mean a whole new fight;

There is a little more but i'm working on publishing Responsibilities' Pleas No. 3

and will have this and that writing in it.  I can not say how it was to have you here visit with us and of course your role in the gathering was rainbow magic.

Never seeing you again seems unimaginable, so see you soon, i love you.

Thanks for the friend request sister! Yonkers hugh? Brrrrrrrr Im from Miami and even the mild Tennessee winters make me cringe. Well sending peace ,luv and good vibrations your way. Liv n Luv!

Long ago in the home of Shiva, Parvati sat on Mount Kailash, sitting and chanted the thousand names of Vishnu, a very long, complex and time-consuming prayer...
Sep 2
0 Comments 0 Likes