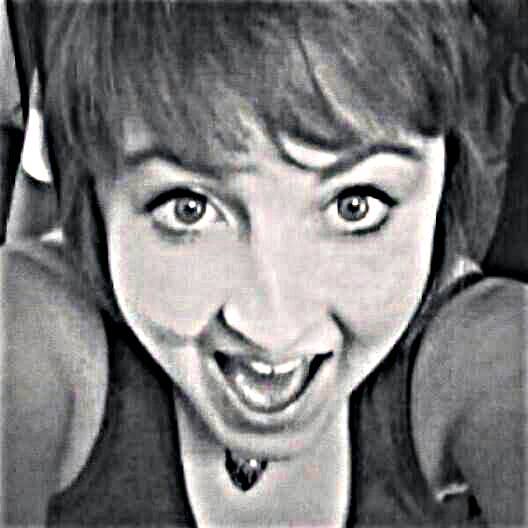 Tell me about your favourite place in the world

My favourite Place in the World is Galway City in the West of Ireland.It is a coastal city and isn't very large but it is my utmost favouritest place in the entire world that is…Continue

Okay I really need some help here.I need a clear answer as to whether or not there are any 'hippy' communes in Ireland.And if so how on earth can I get in contact with them to see if I can stay for a…Continue

I saw a colour all around me today, Am I seeing things?

Hi, I was wondering could anyone help me understand this? It's new to me and really surprised me.Today I was walking home and I looked down at my hands, I was holding my phone so I think I was going…Continue

Hello. I think I made a discussion like this already, but I realise this was really where I should have put it.My name is Heather - Hi! :)I have been wondering about the gathering and this it's…Continue

Heather D has not received any gifts yet

About Me:
Heather, 20. Figuring stuff out.

Yesterday I was out for the day on Galway city. On my way up shop street I passed by a hen party singing a song about whiskey and being pirates and a group of french tourists blowing bubbles in the street. Some people were dumbfounded, amazed at how bohemian the whole place was. I barely blinked, that's what I love about having grown up in a house like the one I did and visiting Galway as much as I can. It's almost like becoming desensitized to violence, I was desensitized to the bohemian way of life in Galway city.

I sat then in Erye Square with my mother and we watched as a young man practising perhaps for a street performance or circus show did back flips off the concret steps and jumped around, free running across the square.

A group of homeless people sat int he middle of the square singing Roxanne by the police and playing bongos.... Amid swigs from a cheap bottle of cider.

It is a pity to see people who are homeless but they were happy and the best things was people sang along with them.

I just watched a video of a man called Louis Cole travelling around the UK in a double decker bus and he was in Edinburgh. My dad is from there and after 8 years we visited it earlier this year...

Tonight we found out my aunty who lives there has had a heart attack and is in intensive care.

I cried watching the city and recognising different places. It's amazing how large a part of who you are a place can be.

Hello Sweet Heather. I just saw your request. I am afraid I don't come on here much. But you are welcome to hit me up on face book. If you would like to make a voice conection please call me at 805-610-1075. I am your Sister and can always offer an ear and support. Bless you on your mission Light Child. Truth and Happiness. Sincerely Sister Sweetea.

thank you so much it still has a lot to get finished :)

Thank you! Hope your first gathering is a fun one!

Thanks, Heather! Now I have a friend/sister in Ireland. Peace be with you:-)

PS: Please post more pix of your (our) beautiful homeland.

Hi!  Welcome to our World Family, little Sister!  Hope you can swing the England Gathering you're considering.  Wouldn't be the first time (or millionth? lol) parents were kept in the dark so one could go check out hippie lifestyle.  Actually, I think that's time-honored now!!  Love and Light to You!!

also I would just like to say you are a very beautiful woman ... and remember ask questions if u need (:

Hi :) Welcome and thanks for the friend request :)

Welcome Home sister... hmu anytime... id be glad to talk and let you know some information about the gatherings...

Hello! Will you be in central Europe at all between April and July? I would love to possibly get together and hang out, especially since we are in fact so similar.

wel COME  hOMe SISter, pEACe n LUV!! I've never been to Ireland but some of my friends are from there, so I hear how beautiful it is there.

Donald J Onken commented on Donald J Onken's group Guerrilla Gardening and Urban Foraging
"From This to ... This and..."
Nov 14, 2022