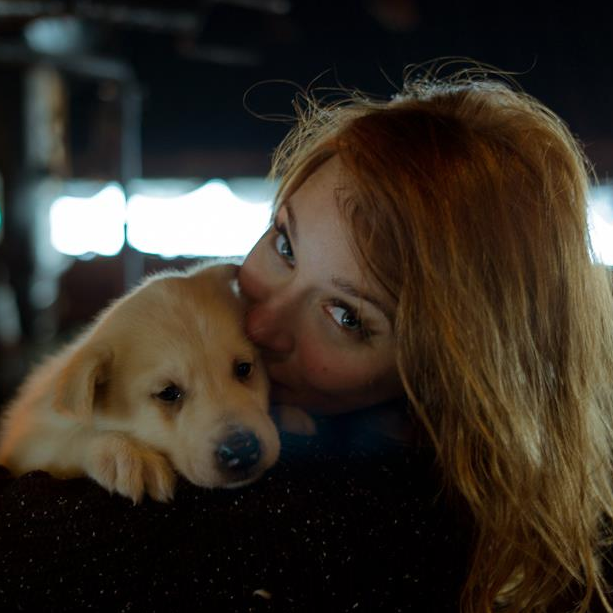 Alice has not received any gifts yet

Im Alice - a young filmmaker from london! Me and my partner Steff are coming to the rainbow gathering 2012 and are interested in discoveringwhat Rainbow People believe in and what these gatherings are all about.

We’re both really interested in the Rainbow Gathering and would love to film parts of this year’s gathering to give an open view of what Rainbow People believe in and what these gatherings are all about.

We’re arriving a week early, because we’re hoping to meet some people before the gathering and perhaps film their story and reasons…

You should join 'UK Rainbow Communities' group on here, to bring all from the uk together.

nice to see you are a friend now I dont realy know what I am doing did not grow up with any of this tech. but im trying to find my way thrue it all

Thank you for the add!

May this experience give greater depth to your own lives!  Please remember that pan shots of Rainbow Gatherings should be such that individuals who don't personally consent cannot be identified: that is our traditional 'policy' or courtesy (there are no rules).  That said, may your doc be new and fresh and give all a cool view of what is Rainbow....

When the doc is done, be sure to link here...

Hey Alice, you watched the doc? Kool, I was at that gathering. In fact they interviewed me and a friend at the main gate parking cars, but we didn't make the final cut! LOL I live in East Texas here where The East Texas Rainbow Family is. Iv been going to gatherings since early ninties, (though they have been going on since 1970). Haven't been in last few years though hoping to go this year. Hope to see you there. Sorry don't know anyone in N. Carolina. If I can be of any other help let me know. Good luck on your Doc. Know it will be excellent! Can't wait to see it. People are heading that way now, so by next weekend (not this weekend) there will be hippies on the ground. Talk to ya later...Wainbow

Nice to greet you! Blessed be.

Wainbow said…
Hey Alice glad to meet ya! How is everything in London? I'm in East Texas. You doing a documentary on the gathering? That would be kool as I don't know of one being done since Discovery Channel did one on '93 Gathering in Wyoming. It was very positive. Good luck with it! Hey I'm 1/2 British myself! LOL

Thank you for your friendship.  May your documentary be successful.  May your filming incorporate the true spirit of the Rainbow Family Tribe, and reflect the true Rainbow quest of the celebration of our souls united in the oneness of it all.

Participate at the live Yoga lesson Intermediate class in english with Kaivalya and support us with a subscription / like / comment and a donation. You are w...
Tuesday
0 Comments 0 Likes

How to Prevent contamination by the deadly novel coronavirus, how to treat early onset symptoms Holistically

and how to protect yourself if you accidentally find yourself in a crowd of people any time in the next few years:Part 1 – Social distancing as things loosen upPart 2 – How to use herbs, nutritional supplements, yoga and homeopathic remedies to boost your immune system and protect the many targeted organs and life systems attacked by the novel corona virusPart 3 – Addendums, quotes, links, research…The first steps of prevention are, as the media has been blasting at everybody for the last few…See More
Jun 11
0 Comments 0 Likes